Discover more on the Official Website of Smart Green Tower >>

A building that not only powers itself, but surrounding ones as well?

If a car can run on a lithium-ion battery (think Tesla), why not a city block too? Introducing a vastly superior way of constructing life and work space for people everywhere: Imagine a battery-operated building powered solely by the sun. Now imagine an entire neighborhood whose only energy source is solar.

In partnership with Siemens, Fraunhofer Institue for Solar Energy Systems (ISE) and others, Frey Architekten has developed the Smart Green Tower with about 70 one- to four-room apartments along with offices. High performance-cell PV panels with excellent low-light performance and an innovative interconnection system of the sockets along the façade are being developed, while energy storage of about 0.5 MWh in the form of a lithium-ion battery, enhanced by vanadium redox flow batteries, will help link the building and the district.

The building management system will use a direct current (DC) intermediate circuit rather than the standard alternating current (AC) transmission and distribution of electrical energy. As the project developers put it: “In the case of a supply via an AC-coupled photovoltaic battery system,“ says Mr. Frey, “the generated direct current of the PV generator is rectified in the battery, then if necessary reconverted again in alternating current and distributed, in order to again be rectified in many devices – with correspondingly high efficiency losses.” 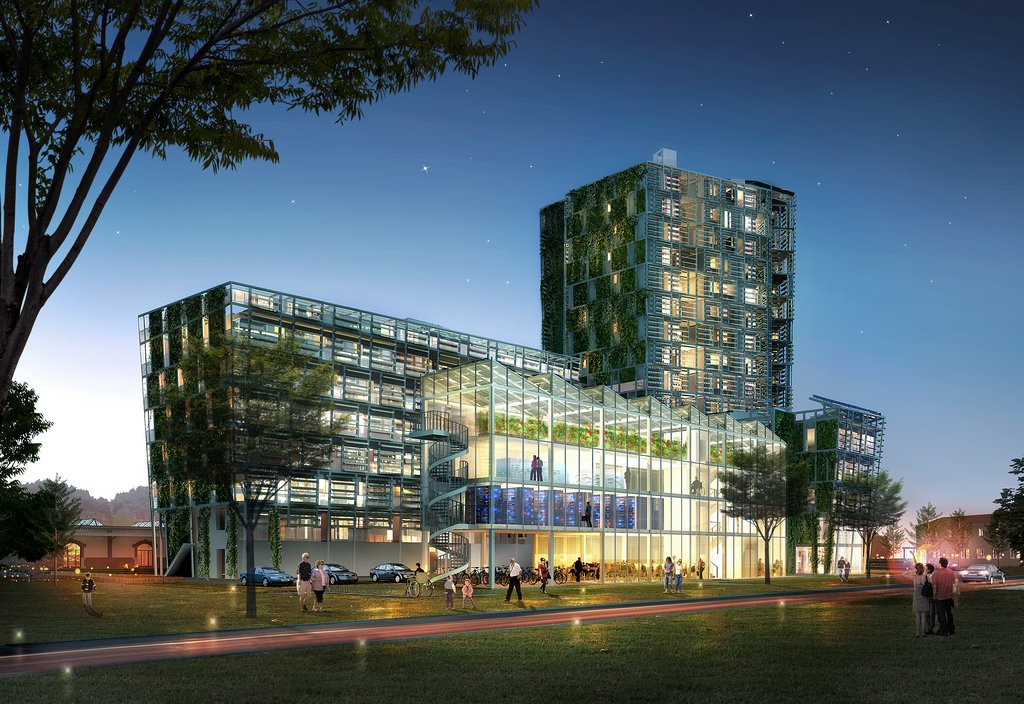 The energy concept is based mainly on the following aspects:

Thus, the energy concept of the Smart Energy Tower is fundamentally different from projects in which only single, self-contained buildings merely produce energy for own consumption or else feed the aforementioned into the grid. It is thus also consistent with the objectives of the Green City and will seamlessly be incorporated into Freiburg’s new energy- and resource-optimised commercial area GIP – Green Industry Park, to which the northern industrial area planning to be remodelled.

Preliminary version of the tower